For all information, please contact the instructor through corentin.besonhe@outlook.be

Candidates that obtained a higher degree: 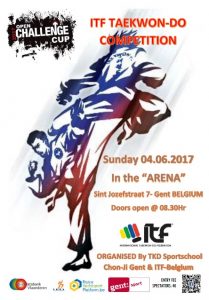 Each year every town and city in Belgium is celebrating the sport champions of their community, at the end of the year or the beginning of the next year. At this point there are celebrations for the athletes that won the national title in their sport, and there’re elections for best male and female athlete and best sports club of the city. In most cities with a Taekwon-Do gym our members get recognition for what they achieved.

Brussels is one of the last cities to have this celebration. Alice Vrinat, student of ITF Brussels, made a report about the happening of February 10th 2017:

‘On Friday 10th February, ITF Brussels champions were invited to the Belgium Champions’ Reception organized by the City of Brussels in the Roi Baudouin Stadium. Virginia Dionisi, Mike O’Keeffe, Andreea Musca, Ronja Blondal, Alice Vrinat and Omar El Ferkhani were invited to this event held in the Hall of Fame in Laeken. The competitors received awards from Alain Courtois (Premier Echevin, responsible for sport) for their performances between September 2015 and June 2016. The team had a great time at the reception, which was the last one in Brussels since the school is now training at Sportcity in Woluwe-Saint-Pierre. Looking forward to celebrate our champions’ accomplishments next year!’ 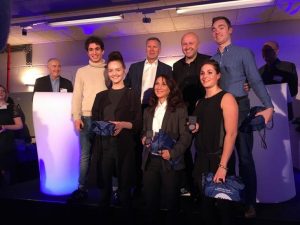 Here is my summary from the Winter Camp.
Back again in Poland for my second Winter Camp. I went again after discussing with friends from abroad and we decided to meet there. As previously, the organization was very good and transfer is organized between Katowice airport and Szczryk.
There were 2 training per day. Although you can decide to skip the morning training and go for skiing instead. This year, contrary to last year, I used that option and took the opportunity to learn snowboarding. It was quite nice. 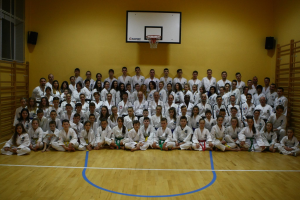 Most of the training were directed by Master Jedut and were more sparring oriented.
In the evening, there was the possibility to train by yourself or asking for a consultation. Even if the Masters were not always available, you can find easily people ready to help you when you’re practicing your patterns.
Winter Camp is more relaxed than Summer Camp but it’s a nice way to spend holidays. It is also a great opportunity to train with different people and learn new things. Last but not least, it allows to see your Taekwon-do friends.
More likely, next year will be my 3rd time.