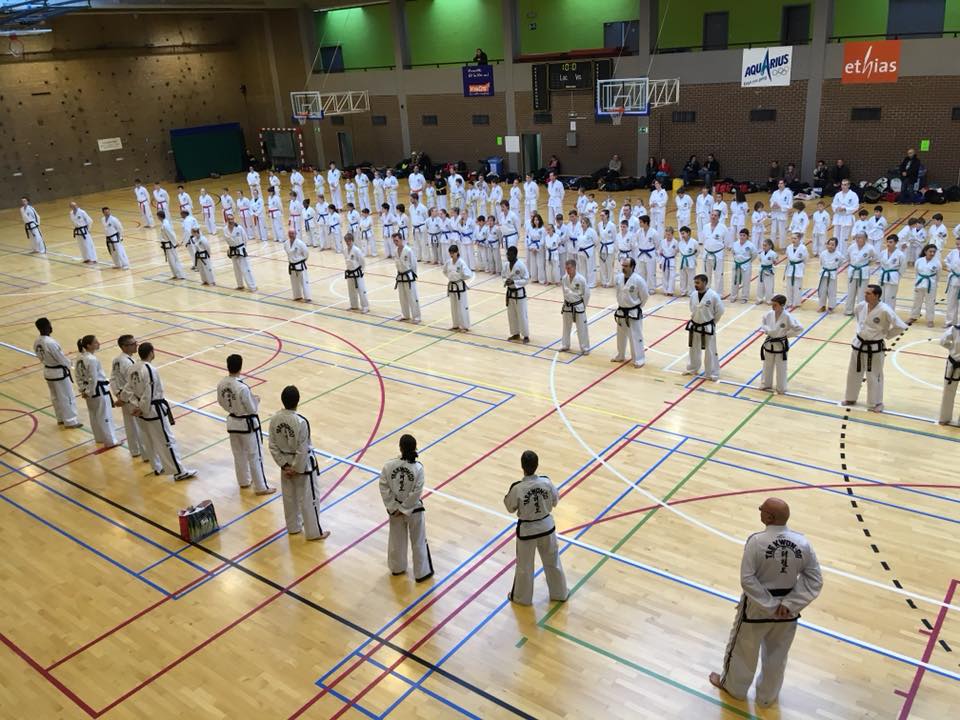 The 2017 Day of Taekwon-Do ITF-Belgium has been organized in Jambes, in the ADEPS-complex, Sunday November 19th.

There were 10 instructors and 120 participants present, from all ages beginning as from 4 years on, white, coloured as well as black belts. The focus today was on fundamental movements & tul, sambo-, ibo, ilbo matsogi & pre-arranged free sparring, hosinsul and sparring. After the warming-up the participants were divided into several groups, according to their age and grade. In the end there was still a general cooling-down.

It was great seeing the dedication and passion of the instructors and the motivation of the participants. All participants went home with a certificate of participation.

The instructors hope to see all of you back on the next Day of Taekwon-Do, in 2018.