Today we received confirmation about the organization of an ITF Kids Course in Belgium, May 21st-22nd 2016, with Master Donato Nardizzi (VIII°degree). 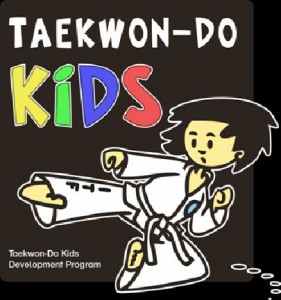 More details will follow asap, but point out this date in your agenda!

It’s already a tradition….twice a year ITF-Belgium organizes the ‘Day of Taekwon-Do’. On this seminar, open to all members of ITF-Belgium, some of the best instructors of Belgium are conducting classes in some of the disciplines of Taekwon-Do: tul, sparring, special techniques and hosinsul. Participants are divided in smaller groups according to their age and grade, and they’re rotating every hour, with a general warming-up and cooling-down. Every participant receives a certificate after finishing the seminar.

The efforts of all participants were great, the atmoshpere was superb and everyone enjoyed the seminar. Next Day of Taekwon-Do will be held in Lede, March 6th.

The second NIC of 2015, which is open to all instructors affiliated to ITF-Belgium, will be held in Sint-Lievens-Houtem, Sporthal ‘De Fabriek’, Fabrieksstraat 19 on Sunday September 27th.

As usual, drinks & snacks will be provided.

150 umpires from the whole of Europe attended the 21st International Umpire Course at the Danubius Helia hotel in Budapest on February 13 to 15, with the presence of Grand Master Wim Bos, ITF Director, Master Alberto Katz, head of ITF Umpire Committee, Master Harry Vones and some of the highest representatives of our federation.

ITF-Belgium was represented this time by Sabum Eddy Van Damme, Boosabum Sotirios Pagalis and Boosabum Benito Martinez. Since their arriving, thje participants realized the excellency of the organization and reception and enjoyed the welcome of the hungarian organizers.
All items in ITF Taekwon-Do rules and procedures were reviewed, especially the amendements decided for the 2015 World Championships in Jesolo, Italy.
Many questions were asked by the very motivated participants, especially in new issues like the concept of « Unsportmanlike conduct » to sanctione with a minus point or « being negatively responsable for causing conciousness » debates were very dynamic and learning very intensive during all the time of the seminar.

The whole event ruled in a very friendly and relaxed atmosphere, where the use of videos for excersice and perceive details in Tuls or Sparring was very usefull as a pedagogic method. A
t the end, every participant received a certificate of participation. 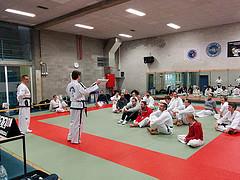