The draws for the upcoming EC were published : http://euro2015.pztkd.lublin.pl/. Follow the belgian athletes through this same link.

Also the schedule and the ring counsels  are known. 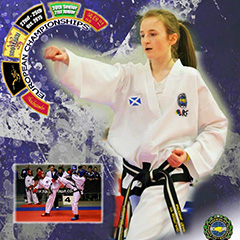 The team is leaving for Motherhill, Scotland on Tuesday October 20th. There will be registration that same day. A day later there’s the weigh-in and the umpire meeting. Andreea Musca, Alexia Pagalis & Roeland Heirbaut will be performing tul on Thursday.

The AETF Congress Meeting is on Friday afternoon.

Andreea and Erik Van Hoeck will be competing in sparring on Saturday.