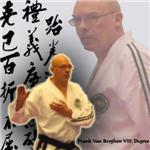 In 1979 Mr. Frank Vanberghen started with ITF Taekwon-Do in Germany, since he was living there for his job.

In Belgium, he had already practised Shotokan Karate during 6 years.

During a seminar with General Choi Hong Hi, also in 1990, the father of Taekwon-Do asked Mr. Vanberghen personally to start a federation in Belgium.

And so ITF-Belgium was born. First with one school in Ghent, Juche, but soon there came other clubs.

Our pioneer stayed president of the federation until december 2000.

Already in 1992, a Belgian team participated at the World Championships in North-Korea.

In October 2004, Frank Vanberghen became Master VII°degree, the first Master for ITF-Belgium.
He was promoted to Senior Master 8th degree in November 2010. 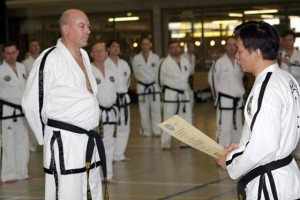 During the 2018 World Cup in Sydney, Frank Vanberghen was promoted to the highest possible degree in Taekwon-Do, GrandMaster IX°degree, the first and only GrandMaster in Belgium.