The next National Instructors Course will take place in Lokeren, Sunday March 26th, from 10.00 on. As always, the NIC is open to black belts, instructors ITF-Belgium.

On the program on this NIC: warming-up & stretching, tul from Chon-ji up to Tong-il (in 3 separate sessions), amendments in the umpire & tournament rules and questions/discussion.

Snacks and drinks will be provided by the federation. 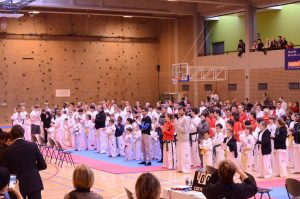